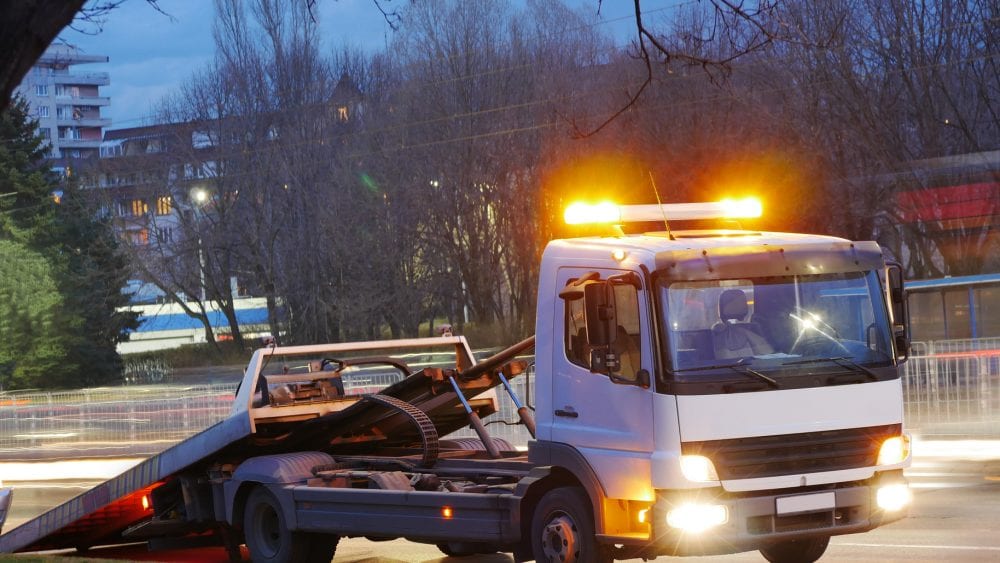 It Takes an Industry to Serve a Client | Insurance Pays

The tow truck driver’s voice, low and burly, nevertheless betrayed concern. “She was shaken. Unsteady on her feet. I don’t know if she’s always like that, but I think it was from the accident. I’ve called her several times since, but no answer.”

The call came to our claims agent, Kathy Crissman. The driver explained how, two weeks earlier, he’d dropped off one of our clients at her house after rescuing her vehicle from a huge ditch. She had been traveling home from visiting her husband at the hospital at 2:00 AM when she’d run off the road and ended up thirty feet down an embankment.

As a single vehicle accident, no one was injured. However, the driver indicated our client was visibly shaken at the time. She’d handed him her insurance card on the drive home, which is how he came to call us. He was concerned not only because he couldn’t get in touch with her, but because storage fees at his lot were adding up. He didn’t want her to have to pay more than necessary. His call was the first news we had of the incident.

Over the next few days, Kathy attempted to contact our client several times, but without reply. Because we had knowledge of an accident that involved a client, even though we were unable to consult with her, we initiated a claim on her behalf. Under normal circumstances, a client is needed to initiate the claim.

The insurance company’s adjuster then attempted to contact her several times as well, but with the same empty result. Without the client’s involvement, they were directionless. The client is needed to choose an auto shop, coordinate repairs, and handle many other details. All the while, storage fees were skyrocketing due to the extended stay.

Kathy continued to coordinate and all parties reached out to the client. Finally, the adjuster received a call from our client’s lawyer. He was her power of attorney and informed us she’d suffered a fall several days after the accident and herself was in the hospital, unaware of any attempts to contact her. The attorney had noticed the missing vehicle and, since he did not know of the earlier accident, filed a theft report with the police, thinking it to be stolen.

In the end, all is well. Police reports are now satisfied, the claim is closed, and the insurance company paid all storage fees. From tow truck driver, to claims agent, to adjuster, to police officer and lawyer, the mystery is solved. Sometimes it takes an industry to serve a client. Or in situations such as this, it takes even more. But that is what we do. The insurance industry serves. It works.