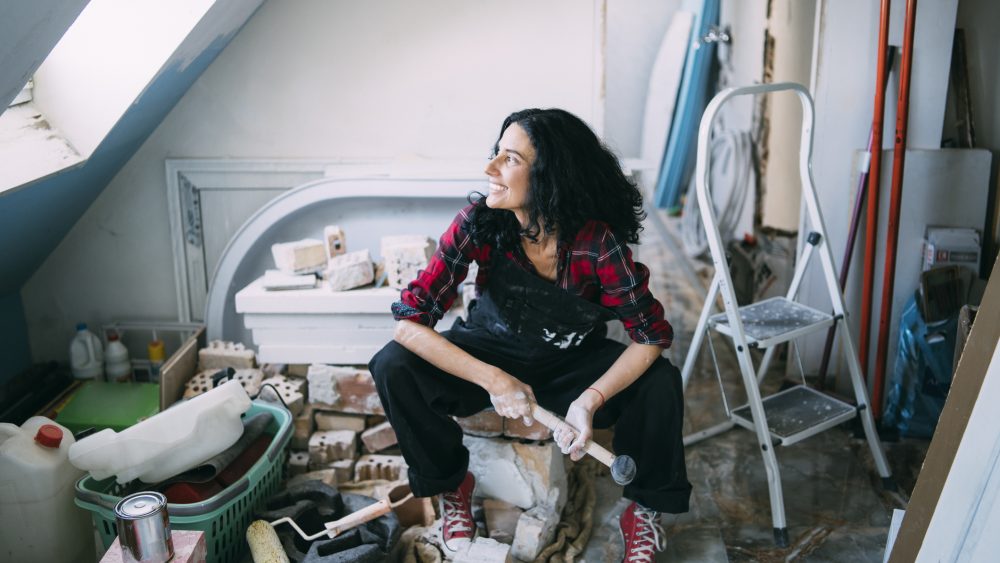 The Need to Insure Your Home at Full Replacement Cost

It’s my wife’s fault. After watching a series on the DIY Network, she asked me to teach her how to use a chop saw and air nailer. Now one home improvement project follows another and my weekends are booked through retirement. It took six months, but she recently finished turning the empty space above our garage into a guest room, complete with separate bath. That’s when it struck me that we were underinsured.

Our situation was not unique. Fewer than half of all U.S. homeowners receive enough from their insurance policy to fully rebuild their home after it is damaged. According to Marshall & Swift, 60% of homes in the U.S. are undervalued for insurance by an average of 17%. That means that for every $100,000 of home value, most owners fall short by $17,000 in protection. Many homeowners don’t check to ensure their home is appropriately valued or that their insurance coverage keeps up with inflation, but for what reason?

Why Would Someone Underinsure Their Home?

Some homeowners choose to lower their insurance limit to save money. However, with home insurance, the opposite will often occur. Saving a few hundred dollars a year may seem like a prudent decision until a claim takes place. Even with minor damage it can take decades of such savings to make up for being underinsured on a single claim, especially if an underinsured penalty is added. We will explain underinsured penalties a little later in the article.

This was our issue. Homeowners often renovate and add to their homes. In fact, the Joint Center for Housing Studies of Harvard University estimates homeowners spend $400,000,000,000 each year on improvements and repairs. That’s $400 billion, with a “b”. And the trend is rising, especially with the need to spend more time at home due to COVID. Renovations add value, but if a homeowner doesn’t adjust their insurance policy limits afterwards, they are short on protection.

Even if you simply maintain your home as-is, after several years your house will be underinsured due to inflation. Inflation averages around 2% each year. That sounds so little, but consider it over time. If left unchecked for three years, that makes it 6%. If you have a $250,000 home, that equates to a $15,000 insurance shortfall.

This last summer new neighbors built a home across the street from us and the cost of materials increased 20% in only three months. From the time they broke ground to the time it was complete, materials had skyrocketed. Much of the cost increase was due to higher demand and lower supply due to COVID, but similar fluctuations for other reasons are not uncommon.

Being underinsured can limit a payout in two ways. The most obvious is simply by not providing the level of coverage needed. If a $250,000 home is destroyed by fire and the client only carried $230,000 of coverage, they are short $20,000.

However, being underinsured can harm a homeowner in a second, less understood manner. Most home insurance policies set a coverage minimum requirement of 80% of the cost to replace/rebuild the home. If the home is not insured at that level, an additional penalty will be added to the payout. This is called a coinsurance penalty and it works like this: A claim payment will be reduced by the percentage the home was underinsured.

For example: Suppose the same $250,000 home is insured for $125,000. You would think that, if it was destroyed, the homeowner would get the full $125,000, right? No. Since the home was only insured at 50% of the cost to replace it, the claim payment will be reduced by 50%. That means that instead of receiving $125,000, they will only receive $75,000. This is a simplified example, but it proves the point. In such a scenario, insurance companies aren’t trying to get out of paying a claim. Rather, insurance policies rely on adequate coverage being carried, necessitating a coinsurance penalty if not.

Although your insurance agent and your insurance company may advise you, it is up to each homeowner to ensure proper levels of coverage are maintained. Take the responsibility seriously.

Questions on your home insurance? Policies vary, so review it carefully or contact your Bankers Insurance agent. We will help determine your risks and advise how to best cover them. Not a client of ours? Let us earn your business! Each of our clients is assigned a personal insurance agent and provided their email address as well as a phone number that rings right on their desk.

Your information is secure. We only use it to obtain quotes.

Which would you prefer?

We quote it for you.

Hundreds of insurance companies available. The most complete way to shop your insurance.

Bankers Insurance, LLC, not your bank, is providing this website to assist with evaluation and purchase of insurance products. Any insurance product purchased with the assistance of Bankers Insurance or this website: (i) is not a deposit; (ii) is not insured by the Federal Deposit Insurance Corporation or any other federal government agency; (iii) is not guaranteed by your bank or Bankers Insurance; and (iv) if it has a securities component, it involves investment risk, including the potential loss of principal. Coverages are subject to the terms and conditions of each policy.

XThe accessibility of our website is taken very seriously. We strive to meet WCAG 2.1 AA Web Accessibility standards by routinely evaluating our website using automated evaluation tools and manual testing when required. As content changes we review and correct issues and are responsive to our users needs. If you encounter issues with our website, please report them so they may be corrected in a timely manner.