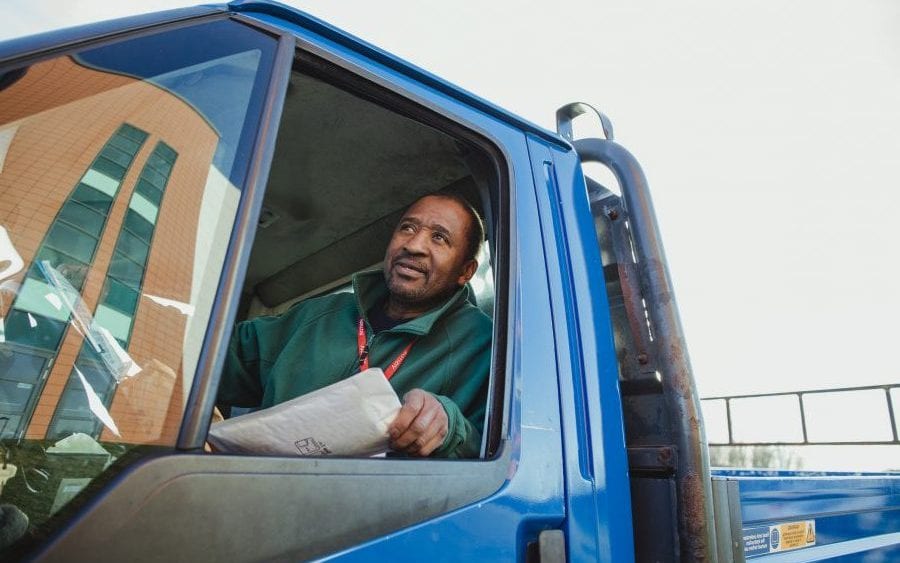 Protecting Business Belongings While in Transit or Away From Premises

A business client recently picked up a large heating and air conditioning (HVAC) unit from a supplier and was transporting it in a company pickup truck to his shop when something unthinkable occurred. The day was windy, but not dangerously so. He steered down a hilly road and mounted a crest when a gust blasted the side of his truck, driving him halfway onto the shoulder. He corrected and maintained control of the vehicle, but scaling the next hill it seemed mysteriously lighter. He glanced in the back to discover the entire HVAC system had disappeared, along with the crate to which it was strapped. The tailgate was still up, as if the unit had been abducted by aliens.

He pulled off and reassured himself he’d seen the crate in the bed before leaving the supplier’s lot, recalling how he’d closed the tailgate to ensure it couldn’t slide out, not that such an eventuality was a risk considering the heft of the unit. He circled back and, at the crest of the previous hill, spied a debris field of freshly crumpled metal next to the opposite ditch. The strong gust and slope of the terrain had somehow created the perfect updraft that lifted the unit straight out and deposited it on the road’s shoulder. Coming to a rolling stop from fifty miles an hour, the equipment was beyond repair.

So what insurance coverage, if any, protected this client from loss? Business auto coverage typically protects the vehicle, but not what it is carrying. Contents of a building are protected if they are within proximity of a covered building. Yet, business property is often away from buildings such as when transported between locations, stored temporarily at a job site, or shipped to clients. Consider whether your business has any of the following:

Tools and equipment within vehicles

Equipment or finished product to be installed at a client location

Before we explore how to protect such items, a little on contents coverage in general: Contents are commonly considered anything not permanently attached to a building, such as office furniture, fixtures, tools, manufacturing equipment, etc. For example, a freestanding refrigerator would be considered contents, but a walk-in freezer would generally be included in the value of the building. Some gray areas exist, so ask your agent.

Be careful to understand where existing policy coverages start and stop. As previously stated, business auto policies generally cover the vehicle only and do not cover what is being carried. Property coverage for business contents does not usually extend beyond 1000 feet from a premises location.

Insurance solutions for business contents away from a business’s premises depends upon their value, the frequency they are away, the means my which they are transported (truck, rail, aircraft, owned vehicle, 3rd party, etc.), and their type (supplies, equipment, perishables, installation property, and other). Below are common solutions available.

Whether shipping or receiving raw materials, supplies, or finished product, misunderstandings commonly surround the point at which ownership converts from one party to the other, thereby transferring responsibility for its safety. This is especially true when your business is the receiving party. Review your shipping contracts, both for supplies/raw materials as well as finished product, to ensure terms are clear, understood, and insurance is secured when necessary. Reference definitions for FOB and CIF.

If you have any questions regarding your insurance program, please contact your Bankers Insurance agent. Not a client of ours? Let us earn your business! Each client is assigned a personal agent in our office, given their email address, and provided a phone number that rings right on their desk.